The Chapel was dedicated on St. George’s Day, 1908, consecrated on May 16, 1909, and given “to the loyal keeping of the Masters and boys of Pomfret School.”

The Pomfret School Chapel Organ was originally built by George S. Hutchings Organ Company of Boston (opus 1640). Extensive modifications were made in 1962 by the Portsmouth, Rhode Island firm of Welte-Whalon. Further improvements in 1987 included a new three-manual draw-knob console designed and built by the Austin Organ Company of Hartford, Connecticut and extensions of two reed ranks. Messrs. Czelusniak et Dugal, Inc. maintains the instrument and did additional tonal work. Two electronic 32-foot stops were added by the Walker Technical Company of Zionsville, Pennsylvania. In honor of Pomfret School’s Centennial Year, a Festival Trumpet was added in 1993. This stop, modeled after the Harrison festival trumpet at All Saints’ Church, Worcester, Massachusetts, was built by David Broome at The Austin Organ Company. 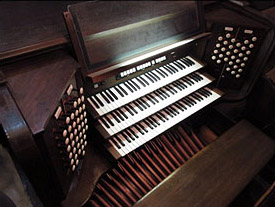 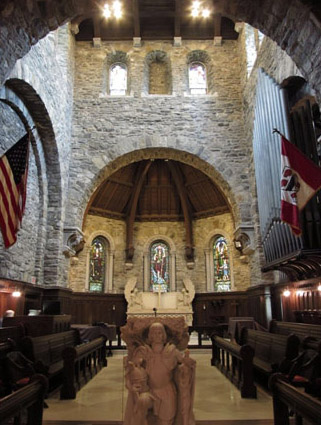 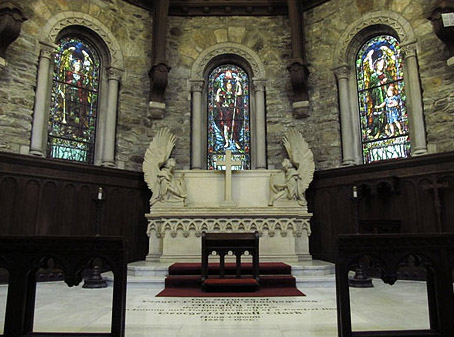